Crypto taxes in Japan: learn how crypto is taxed in Japan and what Japan’s tax authority has said about cryptocurrency.

This article is part of TokenTax's Cryptocurrency Tax Guide.

In Japan, cryptocurrency trading, mining, lending and other income is classified as miscellaneous income, subject to a tax rate up to 55%.

Compared to Japan's taxes on stock profits of a flat 20%, crypto gains are very highly taxed, dissuading individuals and companies from properly reporting their crypto gains on their tax returns. However, non-residents are taxed a flat 20% tax rate on income which they need to pay upon leaving Japan.

The relevant tax form for reporting these amounts is currently Section 6 for miscellaneous income, with instructions on completing it from the NTA below. 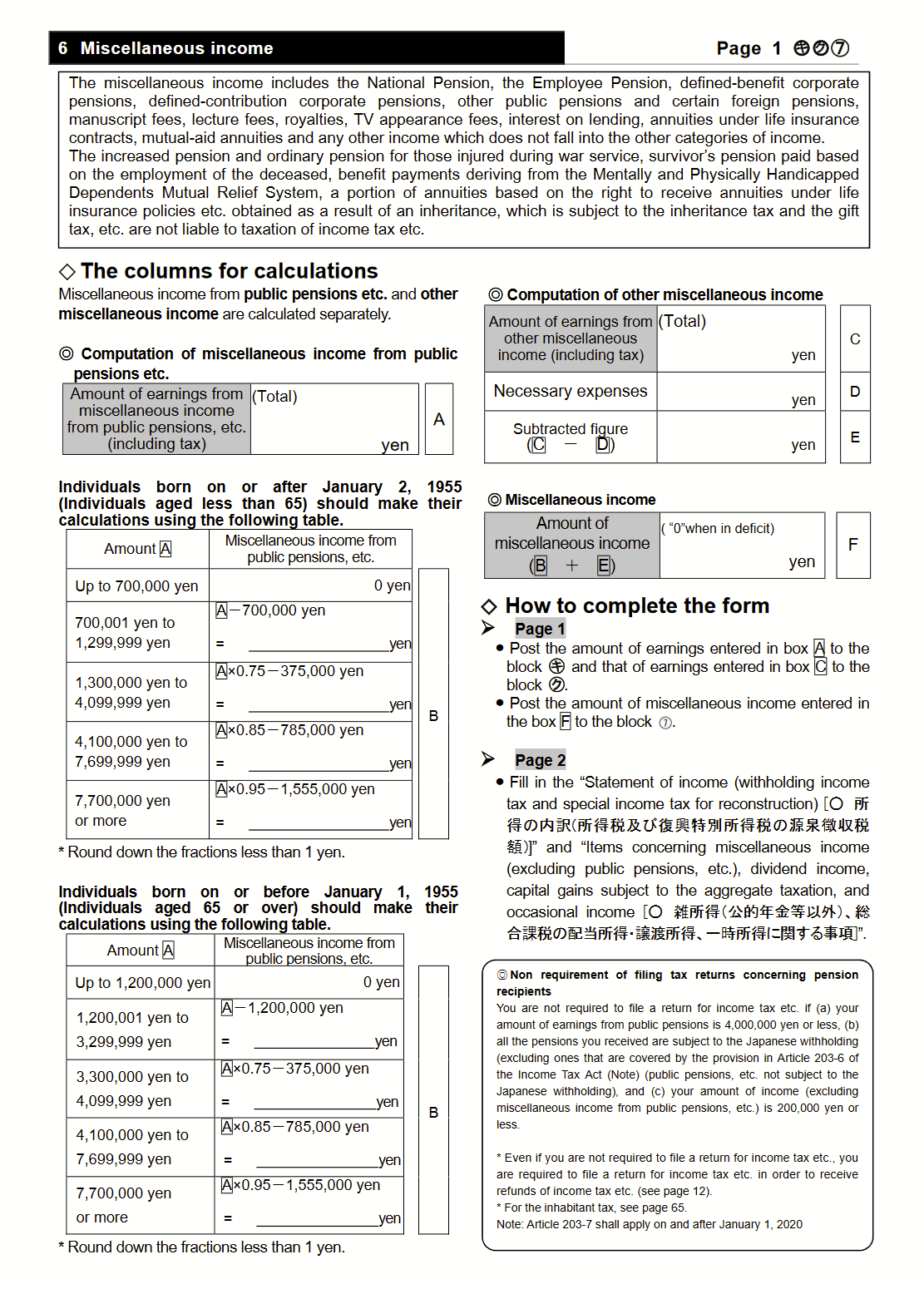 There are a few things that are unlikely to change for Japanese crypto taxes. All individual taxes are filed based on the previous year ending 31 December, and they need to be reported by 15 March of the next year. However, there are extension options, and there is a one-year grace period which you can apply for if you or your business was impacted by Coronavirus.

There may be more changes to Japanese cryptocurrency taxes on the horizon The Japanese government has a generally accepting climate for cryptocurrencies. Exchanges are legal and regulated, and crypto is soon to have its own definition as "cryptographic assets."

While Japan's tax authorities have reason to crack down on tax evasion, there would be less incentive to under-report if tax brackets were lower. A tax reform placing crypto taxation rates more in line with other income and capital gains rates will likely prompt better tax compliance.

Japan's national tax agency (NTA) has begun to investigate under-reported cryptocurrency trading gains. Coindesk reports that, according to the Asahi Shimbun, in 2019 roughly 50 individuals and 30 companies in Japan were found to have failed to properly declare crypto income from the past few years. Investigators focused particularly on entities who seemed to have earned large amounts of money with crypto, concluding that many had made efforts to conceal their gains.

One method used by two companies was to transfer millions of yen of virtual currencies, billed as "consulting fees," only to then return most of the cryptocurrency to the sender. The fees could then be written off, reducing the income tax amount.

These findings came from an investigation into cryptocurrency exchange transaction data requested by investigators at the Tokyo Regional Taxation Bureau. Other countries have been requesting client crypto transaction data from exchanges as well, including the United States where, as an example, Coinbase has sent user data to the IRS. Spain, Australia, and Denmark are a few more examples of countries where tax authorities have requested data from cryptocurrency exchanges.

TokenTax does the hard work so you don’t have to.